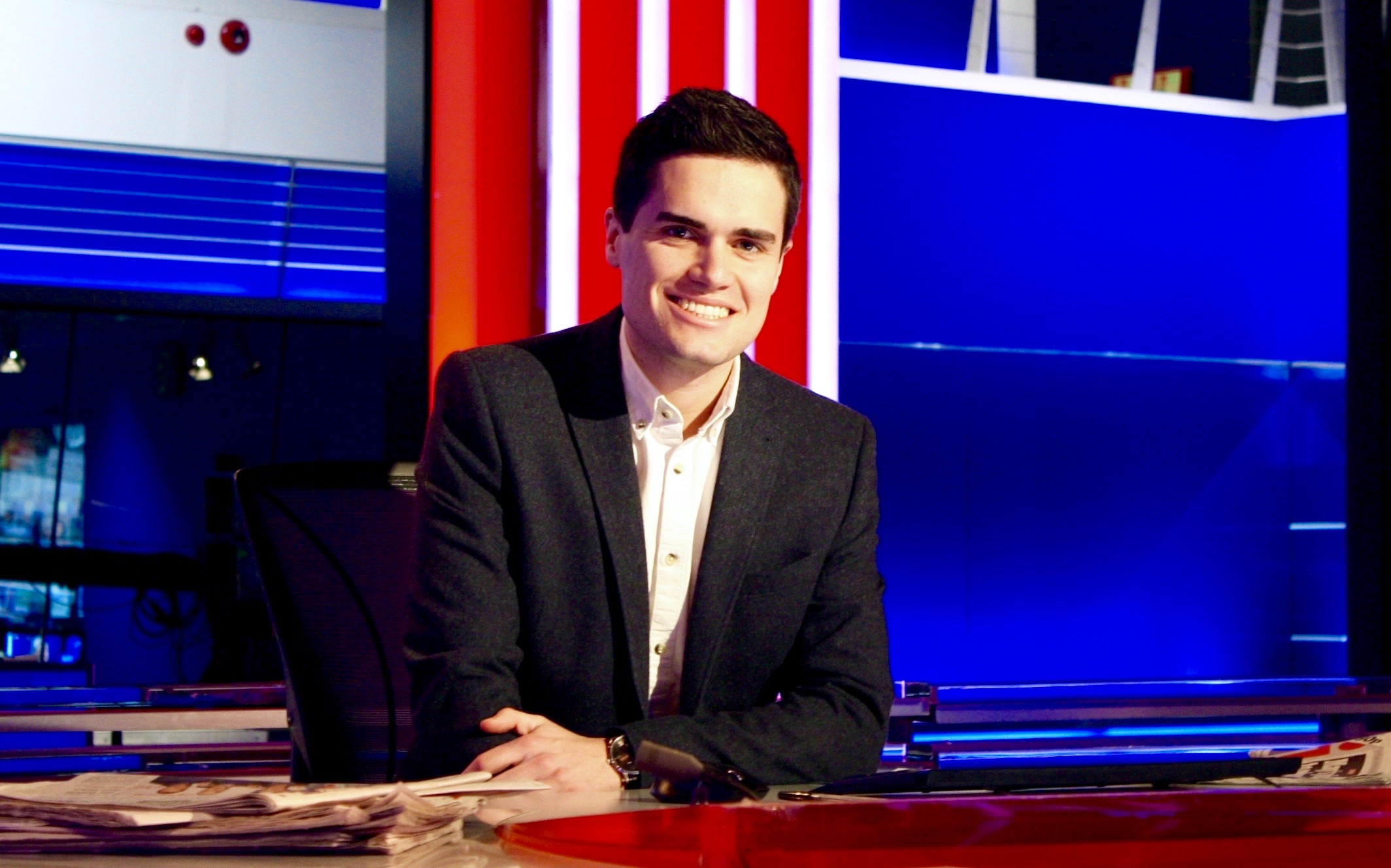 Kit Bradshaw was a student on the MA Broadcast Journalism course at City University. He graduated in 2016 and now works for Sky News Radio.

Kit’s top tips to help you win that first job…

How did you get your first role in the industry?

I was offered a job at Sky News two months after finishing my course on the back of the placement I did while I was there. I also had placements at Magic Radio and LBC Radio. Placements are so important, and I’d urge people to really take advantage of them. It’s the best way to get the job you want.

You should almost plot it out from the beginning of your course –  be thinking about what job you want, and what work experience you should do to get there. I tried to get work experience before going on the course and I didn’t get anywhere. At City I learned how to go about it, who to approach etc. When you are outside the industry, it seems impenetrable, but the placement element of the course made it possible to make that leap.

I found it a bit of a shock when I started working as an Output Producer on the rolling TV news channel at Sky. You get thrown in at the deep end, so I was grateful for all the preparation I got from the course – like newsdays – before starting. You have to walk around the first month pretending you know what you are doing, and then after a month you really will know what you are doing.

My first job involved working with correspondents, writing presenter scripts, producing sequences and packages, editing video. It’s important you know how to write to pictures, edit and know your legal stuff when you start because no-one is holding your hand. I was shocked how much autonomy you have as a new producer.

I’ve been at Sky ever since – three years now – doing different roles. I’m now working at Sky News Radio. I’m reading news bulletins but I get to go out reporting as well, which is great. I’ve always loved radio. It’s good fun.

What would you like to be doing in five years time?

I’d like to be doing more on-screen work. I’ve managed to do some during my time at Sky, like some technology reports, but on-screen roles are very competitive. When I was on the course, probably 50 percent of us wanted to be working in front of the camera, but most of us aren’t doing that regularly yet. I think our expectations were slightly unrealistic as to how much of that work is out there. I’m a lot less worried and stressed out about having an on-screen role now, as I’m really enjoying everything I’ve been doing so far.

Any areas of the industry you’d suggest people target when looking for work?

There are lots of opportunities to use your broadcast skills in other areas. If you enjoy putting together short, snappy social media videos, that is something that is really needed. Not just traditional broadcasters, but newsrooms everywhere need social media video. I did some work with the digital team at Sky, and those videos got more views than packages I did for the evening news programme. It’s amazing. There is a Snapchat team at Sky. It’s a huge growth area. So many people get their news that way now.

Any other advice for people still on their journalism course?

I’d really advise people to submit their final projects to the BJTC awards. I, and a fellow student Ros Church, entered our final documentary and we won two awards. I had just been given the job at Sky before that, and winning something meant a lot of people got to know who I was. Even if you don’t win, the networking at the awards is fantastic, you meet so many people doing great things in journalism. I can’t speak highly enough of the BJTC awards.

For people deciding on their placements – it’s good to know that in the last couple of years, a lot of news organisations have realised they need to help with expenses for work experience. It’s really worth asking them what’s available. There are all sorts of bursaries and schemes. Newsrooms are really trying to widen their diversity, and they are aware that it’s expensive for people to take up a placement, especially if you live outside of London.

And don’t limit yourself. The industry is changing so quickly, and the walls between different types of newsrooms are really falling down. I have friends who are working for newspapers doing audio news bulletins for Amazon’s Alexa. Their roles are very similar to what I’m doing in my radio job now, but for a newspaper instead.

This article was written in September 2019. To keep up with what Kit is up to, follow him on social media.
Twitter: @kitbradshaw

We regularly catch up with our BJTC alumni to find out how they are going with their careers and what advice they might have to offer students embarking on their own broadcast journalism journeys. If you’d like to be considered for the Alumni Spotlight, contact us and let us know. We’d love to hear from you.

We use cookies to ensure that we give you the best experience on our website. If you continue to use this site we will assume that you are happy with it.Ok