Our executive team is on hand for the day-to-day running of the BJTC, sharing decades of broadcast experience. 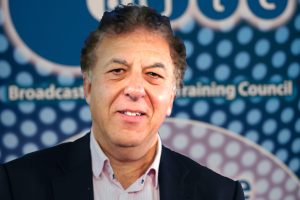 Ralph Bernard’s career has spanned over 35 years beginning as a newspaper journalist in London before moving into commercial radio at Sheffield’s Radio Hallam and then at Hereward Radio in Peterborough. He launched Wiltshire Radio in 1982, as Programme Director, becoming Managing Director in 1983. He served as Chief Executive of GWR Group from 1987 to 2001 and then as Executive Chairman at GCAP.

His ground-breaking networked documentaries including the award-winning dramatised investigative documentary series, “Dying for a Drink”. A theme of another series, the dramatised “Down to Earth” which investigated the coal mining industry, led to Bernard’s production of “Dust” a hit sell-out play at the Edinburgh Festival Fringe which toured in 2012.

He is Chairman of Central School of Ballet and is a Trustee or Director of a number of not-for-profit organisations, particularly involving the performing arts.

In September 2012 he stepped down as Chairman of Classic FM on the occasion of its 20th anniversary. Classic FM was created after Ralph led the bid for the licence in 1991. He was Classic FM’s chief executive for 11 years.

He was responsible for the first merger in commercial radio which ultimately created GWR Group, Britain’s largest radio company. He led GWR Group for over 25 years stepping down as Chief Executive in 2008.

He was appointed a Fellow of the Radio Academy in 1998, he won the Sony Radio Gold Award in 2000 for his contribution to the industry and in the 2002 Jubilee Honours Ralph received a CBE for services to broadcasting.

Ralph Bernard is a currently a trustee of the Shakespeare Birthplace Trust and the British Lung Foundation.

Ralph is married with four children and four grand-children. He has completed 10 London marathons, running to raise funds for the British Lung Foundation and is due to run again in 2014. He is a keen 5-a-side footballer and in quieter moments he collects copies of Wisden, the cricketing year book. 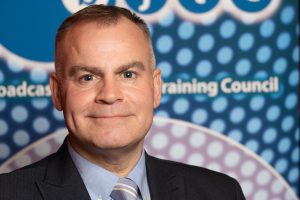 Jon Godel’s 30-year career has seen him move through print, radio, television, digital platform journalism and business management. He has led numerous teams across the media spectrum.
At ITN he was Editor of IRN for 10 years and also Editor of ITN’s digital production company where he oversaw the supply of news to more than 29 million people a week on commercial radio, mobile and online platforms.

He began his career during the eighties as a newspaper journalist at Bedfordshire On Sunday before moving to commercial radio at Chiltern Radio and Northants FM. He was appointed Group News Controller for the Kiss Network in 1996 providing news for stations in Manchester, Leeds and London.

He joined ITN in 1997 where his brief was to shape IRN into client led, modern content supply service. In 2005 Jon’s brief was expanded to run ITN’s multimedia division creating content for clients including ITV, The Telegraph, The Mirror, Vodafone, ITV, Channel 4, Yahoo, MSN, Google and Teachers TV. 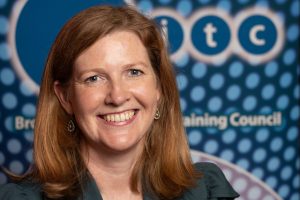 Suzi began her journalism career in country Western Australia – finding her stories in the town council agenda each month, or by visiting the local police station armed with cake (probably the best advice she ever received from a senior mentor). After four years reading the local radio news and presenting an afternoon talk show, she decided to step it up a little and try her luck in London. Despite her limited experience in TV, she managed to talk her way into freelance producing shifts at Reuters Television, and remained there for the next 13 years – eventually taking charge of the agency’s Eastern European coverage, covering Intake Editor and Output Editor roles and becoming the Reuters representative on the BJTC board.

Keen for a change in 2016, she left The Baron and began work as an associate trainer and workflow consultant with Avid Technology – a job that has taken her to countries such as Mexico, India and Oman. The role gives her a chance to visit newsrooms all around the world; meeting and working with journalists from diverse environments and cultures.

Suzi joined the BJTC as Projects Manager in 2019.

Helen joined the BJTC as Company Administrator in November 2011, following her previous role as private PA to an Academy Award-winning film composer. Helen has experience of administrative and PA roles in numerous companies, including ITN, Pearson PLC, The Central Office of Communication and Nicola Stevens & Associates.

Helen has a BA (Hons) and Masters Degree in Performance and Theatre Arts and in her free time can be seen entertaining crowds with her rock band, who have toured internationally.

Helen also volunteers as a judge for the Wandsworth Young Person of the Year Award and annually presents the ceremony.

We use cookies to ensure that we give you the best experience on our website. If you continue to use this site we will assume that you are happy with it.Ok